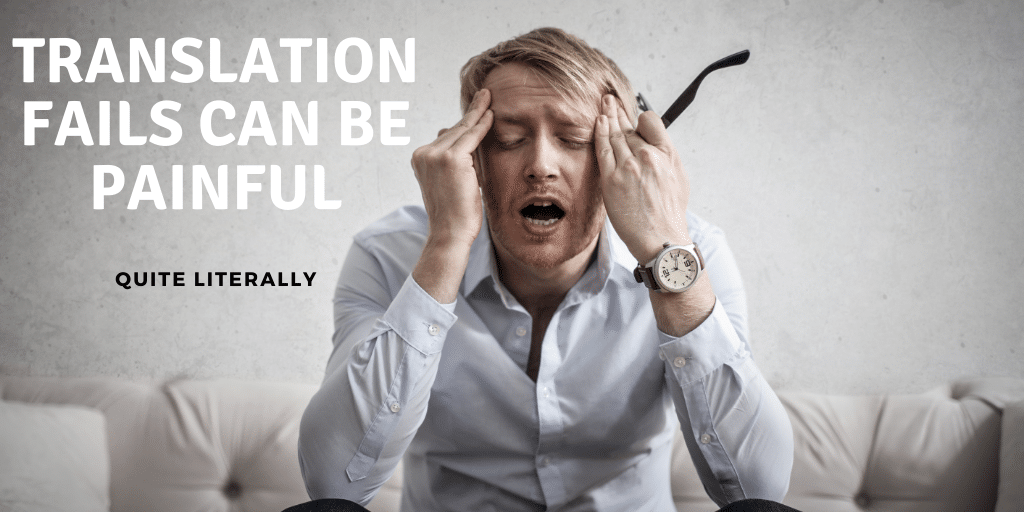 You may think that misspelt foreign language tattoos were left behind in the back-street tattoo parlours of the 2000s. Still, a spate of celebrity incidents has reminded us of the need to think before we ink.

Popular singer, Ariana Grande, opted for a tattoo on her palm to promote her song ‘7 Rings’. Unfortunately, perhaps in an effort to minimise the pain, she shortened the song’s title by omitting some characters. Grande’s Japanese fans were quick to point out that the condensed version translated to shichirin, a Japanese barbeque grill. If only Grande had followed the first rule of foreign language tattoos and asked a native language speaker for their input before committing to the ink! Instead, she faced the embarrassment of thousands of people posting about her error on social media and the discomfort of having her tattoo fixed. A post showing her improved tattoo showed that Grande had managed to retain her sense of humour despite the fuss, ‘thanks…to my doctor for the lidocaine shots (no joke). rip tiny charcoal grill.’

Fellow singer, Britney Spears, also fell foul of nuanced translations when her tattoo turned out to have a slightly less attractive meaning than she thought. The Chinese symbol on her right hip, intended to mean ‘mysterious’, actually translates as ‘strange’. She still fared better than now-retired basketballer Marquis Daniels, of the Dallas Mavericks, who thought he was getting his initials tattooed… instead, according to the New York Times, his arm proudly declares ‘healthy woman roof’ to the world.

Having a tattoo of a partner’s name can be a risky strategy. According to Stephen Crabbe, a Senior Lecturer in Linguistics and Translation, a female courtesan in 18th-century Japan could show her commitment to a male by having his name tattooed on her upper arm, often next to the Japanese word for life (inochi) to ‘signify the courtesan’s hopes that the commitment would be of the death-do-us-part kind.’ However, if the relationship failed, removal was excruciating. Choices included burning them off with the bowl of a tobacco pipe or with dried mugwort leaves.

These days, many people still choose to show their affection for their partner with a tattoo, including David Beckham whose 50-plus tattoos include a Sanskrit rendering of his wife’s name. Unfortunately, a hotly contested debate rages online as to whether it translates to ‘Victoria’ or ‘Vihctoria’, which may explain why other tattoos devoted to her are in English.

If you’re tempted to go under the needle, the consensus seems to be to ask a native language speaker (or even your friendly translation company) to check your tattoo before you commit. Failing that, learn from Orlando Bloom who had his son Flynn’s name tattooed on his arm in Morse code. Although the tattoo went wrong, with Flynn being renamed Frynn, it only took the tattooist seconds to fix the error with an extra dot!