Some ‘valentines’ – the name given to greeting cards sent on this day – bear romantic poems, such as the earliest surviving valentine written by Charles Duke of Orleans and sent to his wife in the 15th century,

Translation – I am already sick of love, My very gentle Valentine

However, most are confined to three simple words, “I love you”. With the help of our team of linguists, here’s how to say “I love you” in 5 different languages, along with some interesting trivia about Valentine’s Day from around the world.

With Paris being the ‘city of love’ you might expect Valentine’s Day to be a public holiday! Unfortunately our French translators still have to go to work, but ‘Saint Valentin’ is celebrated much like in other western countries.

However, this was not always the case. An old custom, that has now been banned, was called “une loterie d’amour” and involved single men and women calling out to each other in opposite houses until they were paired off with available partners. If a man didn’t like his nearest neighbour, he could dump her for someone else! Once everyone was paired off, those single women left behind would build a bonfire and burn images of the men that had rejected them!

While Valentine’s Day is a western twentieth century import to Japan, the Japanese have created their own traditions around this day. It all revolves around chocolate, and now accounts for half of chocolate manufacturers’ annual turnover.

On the 14th February it’s only the women who give gifts of chocolate and many feel obliged to give chocolate to all their co-workers. How much and the quality of the chocolate reflects how popular those co-workers are. This is known as giri-choko – from the word ‘obligation’ and ‘chocolate’ – the more unpopular men receive ‘chō-giri choko’ which means ‘ultra-obligation chocolate’.

A more recent tradition, which began in the 1980s, is White Day when the men must return the favour with interest! On the 14th March men are supposed to give gifts that are two or three times the value of the gifts they received on Valentine’s Day.

In many Latin American countries Valentine’s Day, or Día del amor y la Amistad, is celebrated on the 14th February. Not in Colombia. Instead the third Saturday of September is reserved for the ‘day of love and friendship’. Good news if you’ve forgotten to send your partner a gift or a card, just pretend that you’re planning to celebrate in Colombian style!

Another interesting thing about Colombian traditions is that a ‘secret Santa’ style gift exchange operates – Amigo Secreto – with groups of friends sending gifts to random recipients.

China is another country that celebrates love later in the year. The 7th day of the 7th lunar month in the Chinese calendar is ‘Chinese Valentine’s Day’, and this day is also known as Double Seven Festival. However, in many cities the 14th February is also celebrated, as western consumerism influences have become more mainstream in China.

With a large Christian population, the Lebanon is one of the few Arab countries that celebrates Valentine’s Day. Saint Valentine is the patron saint for many in the country and the romantic traditions of this saint’s day have developed along similar lines to those in western countries. 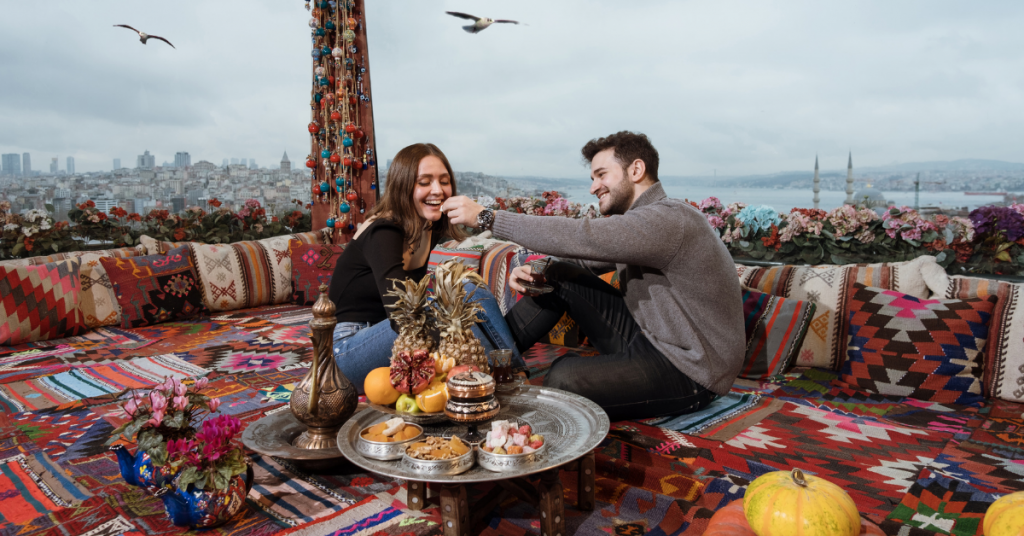 Cash in on the Valentine’s Day commerce boom

Of course, in many cultures Valentine’s Day is not celebrated at all, and in some countries religious or political groups resist its introduction very strongly. So if you’re thinking that Valentine’s Day could be a marketing opportunity in international markets, check your target market carefully first.

While it’s a little late to jump on the Valentine’s Day bandwagon this year, you may like to consider a few tips for next year:

Just like affairs of the heart, emotional content localisation can be difficult to get right. Literal translations generally don’t work and therefore translating poetical and emotionally charged text requires an experienced (and romantic) linguist.

If you want help saying ‘I love you’ in multiple languages, please get in touch with our team. Call our Leamington Spa office on +44 (0) 1926 335 681 or email info@comtectranslations.com.