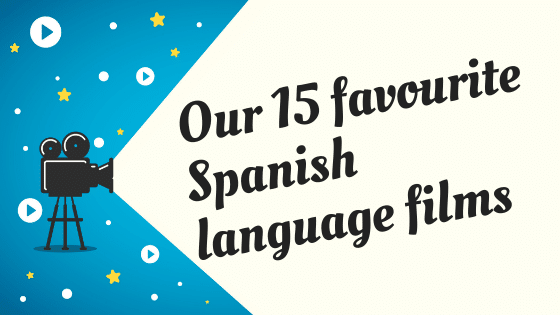 By Eugenia Talavera
May 14, 2019
Culture and Localisation
Culture, Spanish Translation

The team at Comtec love nothing better than immersing ourselves into the language and culture of the various markets we translate your content for! Whether that’s cooking up a Chinese feast or bingeing on foreign language boxsets, we eat, sleep and breathe linguistics and language culture!

A great way to understand the culture of a country and also improve your language skills is to watch foreign language films. As a native Spanish speaker I work on many of our Spanish translation projects, together with our team of Spanish linguists. We often chat about what we’ve seen at the movies, usually the latest blockbuster from Hollywood, but Spanish language films too.

We thought it would be a nice idea to compile a list of our favourite Spanish language films. The top 15 listed below are not only a good introduction to Spanish culture, history and the language, but also great films to watch. Let us know what you think!

From oldest to most recent

This film is considered a masterpiece of the Spanish cinema and is a “customs” comedy based on the 1950s. ‘Mr Marshall’ refers to the Marshall Plan, which Spain, under a Francoist regime, was not part of. While the film criticises the United States, it also does a great job of making fun of the Spanish regime. It’s a wonderful example of how to outsmart all censorship.

This drama is set in 1960s Spain and tells the story of a family trying to escape a life of servitude working on an estate. It’s based on a famous novel by the author Miguel Delibes and provides an insight into what life was like for the poorest workers in Franco’s Spain.

This comedy is about a break-in in a “estanco” (a typical Spanish tobacconist) in a working class area of Madrid. The robbery is bungled by the two inexperienced burglars and, of course, doesn’t turn out as expected. The “estanquera” or “granny” refuses to hand over the cash, resulting in a hostage scenario where both hostage takers and hostages bond over their shared experience.

True to its name, this film follows the stories of women who are about to have a nervous breakdown for various reasons. In Spanish, “ataque de nervios” refers really to “losing it” or “having a tantrum”. It is a fantastic comedy and a faithful representation of Almodóvar’s style.

In a Little village in Albacete, a young Spanish engineer comes back for a sabbatical year after studying at the University of Oklahoma. He arrives to this village at the mountain only to find it is abandoned. It is not really abandoned, instead everyone is at mass! Described by some reviewers as a cult movie, this film borders surrealism and absurd humour.

This is director Alejandro Amenába’s debut movie and is a film about film students, made while he was still a student at the Faculty of Ciencias de la Información at Complutense University in Madrid. Also shot around the university, this film is a comment on the Spanish film industry, Hollywood and the voyeuristic nature of horror and snuff movies.

This classic film is actually the fourth adaptation of Benito Pérez Galdós’ book “El Abuelo” (The Grandfather), but in our opinion the best version! It’s a story of a nobleman returning from Peru and his quest to discover which of his two granddaughters is illegitimate. His intention is to disinherit the child, but his daughter-in-law won’t reveal who it is until she’s convinced he loves his granddaughters equally and each will receive their inheritance. Watch it to find out what happens!

Set before the start of the Spanish Civil War and based on a book by Manuel Rivas, this film tells the story of Moncho, a little boy about to start school. Moncho is scared that he will get hit by the teacher, as it often happened back then. But his teacher is not like that and they have many interesting talks, mainly about freedom. When the insurgents took over in July 1936 Moncho’s teacher was arrested. Between July 1936 and the beginning of the Civil War, many people were killed for their left-wing ideology. This film sweetly tells one of these stories.

Amores Perros is one of the earlier works by director Alejandro González Iñárritu, a Mexican film director who you may know from Birdman, The Revenant, or Babel. With multiple storylines and at two and a half hours, it’s a long watch, but worth it for the cinematography and high octane action.

Another film that explores what it’s like growing up and living in a working class neighbourhood in Madrid. This is a story of “El Bola”, a twelve-year-old boy, growing up in a violent family and the contrast between his family life and his friend’s, Alfredo.

The closure of the shipyards in Vigo, Galicia had a devastating effect on the people who were left jobless as a result. This film tells this story through a group of 7 unemployed men and their struggles to make ends meet. It’s a tragic-comedy with Javier Bardem and Luis Tosar playing the leads.

Another powerful film by director Alejandro Amenábar, Mar adentro had a great impact on Spanish society and the debate on legalising euthanasia. It’s based on the true story of Ramón Sampedro, who was left tetraplegic after a fall when he was young, and consequently bedbound for 30 years. The film explores issues around the right to die with dignity and the need to legalise euthanasia.

Set in Spain, 5 years after the Spanish Civil War, this mythical film also explores the Francoist regime. In this dark fairy tale the protagonists descend into an underworld populated by fearsomely beautiful monsters, mirroring the grim realities of war. Pan’s Labyrinth has received numerous international awards, including a BAFTA for Best Film Not in the English Language.

On his first day in a new job, prisoner officer, Juan Oliver, becomes entangled in a prison mutiny after a series of incidents leaves him in cell 211. This thriller, which is based on a novel by Francisco Pérez Gandul, is about finding inner strength and resilience, and received a host of Spanish film industry awards – the Goyas.

Finally, a comedy that tells the story of a jilted groom who decides to recuperate with his two cousins in the village where they grew up. Here he meets his first love and… watch the film to find out what happens!

I hope you find something in this list that interests you. We’ll be sharing our recommendations for other foreign language films in future so watch this space for more movie-night ideas!

If you would like to learn about how culture, as well as languages, affects how businesses, organisations and individuals can communicate successfully with people in different countries, please download our guide to Languages in International Business. Click on the link below. 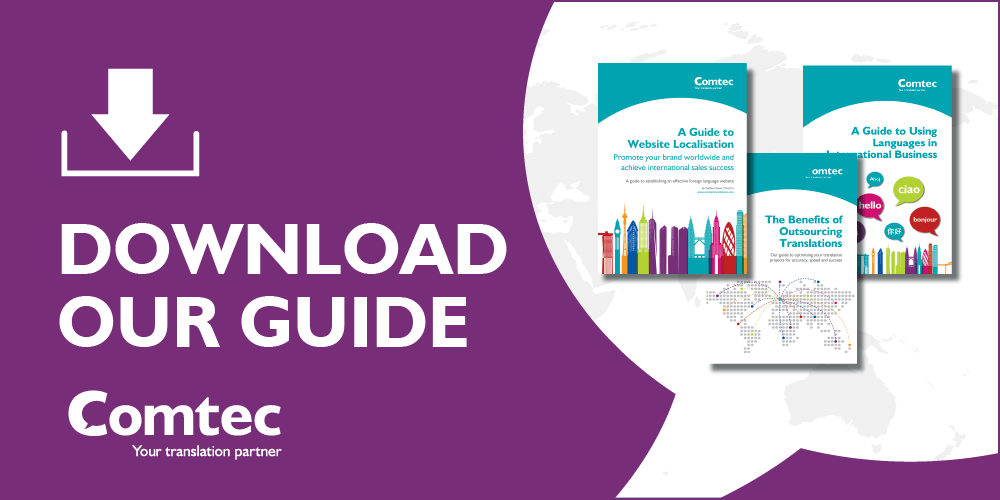