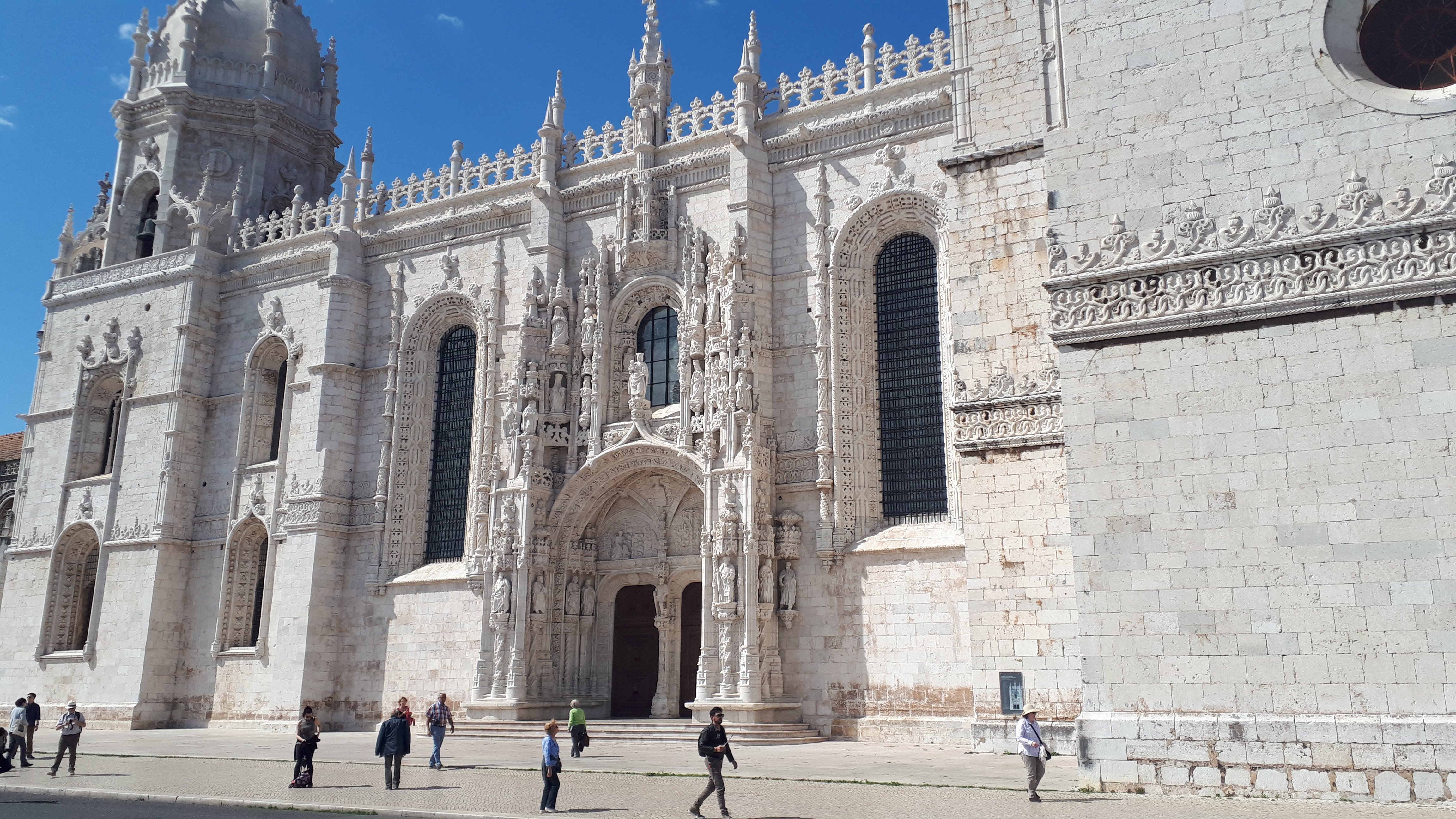 Project Manager Kasia received surprise tickets to Lisbon as a birthday present from her friends. She’s written a travelogue about her trip and the sights and sounds of Lisbon:

I have always believed that one of the best things we can wish for in life are best friends who we build strong bonds with over the years based on trust and reliability. However, I did not appreciate that creative best friends can take you to another level – whether that is an inspiration, emotional comfort or a place.

Last March I received an early birthday card – which you can expect on occasions like that – however what made it a complete surprise… were the flight tickets to Lisbon inside in the envelope!

Rodrigo, Gosia and I spent the most enjoyable time in the vibrant capital city of Portugal. Admittedly, we were very lucky because Rodrigo, being Portuguese, knew his way around the city.

We visited some of the most amazing national landmarks. I was particularly impressed by the gothic Jerónimos Monastery; the architecture is stunning and breath-taking.

We had a delicious lunch in Praça do Comércio square, situated near the Tagus river, despite Rodrigo’s advice to avoid touristic areas (it was hard to persuade two hungry women).

We walked along the river shore to admire the Sanctuary of Christ the King, which is a Catholic monument overlooking the city of Lisbon, situated in Almada.

We took a ride in a tuctuc (an auto rickshaw) around the small roads of the older parts of the city and admired the beautiful modern architecture of Lisbon from a cable car called a Telecabine.

We enjoyed the cultural part of our weekend away, however, it was not the touristic part which was our favourite: We enjoyed one another’s company, the relaxing atmosphere of Lisbon, the sunny weather and, of course, the seafood.

It was heart-breaking to part with Lisbon when our trip came to an end. I cannot resist to add that I nearly missed my rather early flight back home due to the time change. The taxi driver completely forgot to update his clock and never arrived to pick me up. Luckily, there was a lonely taxi coming down the street at 5am and the amazingly helpful gentleman turned into a racing driver to get me to the airport just in time.

We thoroughly enjoyed our trip to Lisbon, and are already making plans to visit another amazing European city soon.