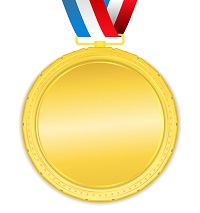 The awe-inspiring feats of the near-superhuman athletes at Glasgow’s recent Commonwealth Games have done far more than made us want to renew long since expired gym memberships. Indeed, the 2014 games have served to highlight the veritable linguistic and cultural wealth of the Commonwealth as well as the attractive platform for business that it offers.

Economic growth in the Commonwealth is sprinting ahead:

Glasgow’s business community has benefited enormously from the recent games which directly generated over 6,000 jobs and boosted the local economy by an estimated £52m. Yet the true economic potential of the Commonwealth lies beyond the games alone. Comprising over 2 billion people in 71 nation and territories, trade within the Commonwealth is currently valued at over $4 trillion. This is a figure that will only increase: according to recent estimates, economic growth within the Commonwealth will surge by an astonishing 4.1% between now and 2025. To put this in context, the EU and the USA (the UK’s chief trading partners) are expected to grow by just 1.8% and 2.6% in the same time-frame.

Time to Ready, Set, Go! with the Commonwealth:

The Commonwealth has huge potential for trade and investment from UK companies. Yet currently it is our closest European competitors that are reaping the benefits of this exponential growth, with Germany, France and Belgium all exporting much more to Commonwealth nations than us. With studies suggesting that it might cost up to 15% less to do business within the Commonwealth, business analysts suggest that it’s high time for British companies to invest, export and go for gold with the Commonwealth.

Are you interested in learning more about our services? If you are considering expanding into a new market and would like some advice on managing translation requirements, please get in touch on info@comtectranslations.com or call us on + 44 (0) 1926 335 681. We’re here ready and waiting to help.