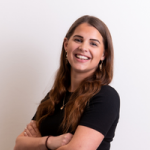 Our exports to the BRIC nations account for only 4% of UK exports currently. And, given that the UK sells more to Ireland than it does to Brazil, Russia, India and China (BRIC) combined, surely we need to be exporting more to these emerging markets? Just think what we could achieve if we did!

Let’s take Brazil as an example. When you read the reasons below, you’ll see that trading with Brazil is just plain common sense.

We are already moving in the right direction. UK exports to Brazil have shown big increases in recent years, rising by 31% in 2010.

With all this in mind, it is clear that Brazil has immense potential as a trading partner of UK businesses large and small.

And, if you aren’t in Brazil already, one of your competitors probably is. So get going!