A warm welcome back to the Global Chatter roundup, your place to uncover all of the latest news and best blog posts from the multilingual world of translation. Each month, the Comtec team hand picks the most interesting tit bits and helpful online resources to share the wonders of translation and language with our readers.

This month, discover Google Translate’s latest development, find out which languages are the most widely spoken across the globe and start getting translation for international e-commerce stores right.

English may be one of the world’s most widely spoken languages, but for the millions of non-English speakers, technical applications and programmes published exclusively in English can prove difficult to access. With so much tech initially published in English, it’s often a while before translated versions in other languages surface, making the latest tools inaccessible to many people around the world. The same applies for non-native speakers of any English who are trying to access technical applications and programmes developed in a language that’s not their mother tongue.

This is the problem which Google Translate’s latest development is here to cure. The new capability gives app users the ability to translate text directly within any app, with no need to go through the long winded process of copying terms, opening a new screen, pasting the term into Translate and then returning to the original app. Instead, the latest adaptation gives users the ability to hover over an unknown term, select a ‘translation’ option and translate the term instantly within any application. Pretty handy, right? Learn more about Google Translate’s new feature via Android Community.

Which is the World’s Most Spoken Language?

According to this stunning infographic created by designer Alberto Lucas Lopez for the South China Post, it’s Chinese. While English is the world’s most widely spoken tongue, used in over 110 different countries as a first language (and many more as a second language), it’s Chinese which has the most native speakers in the world, with 1,197 million speaking a Chinese dialect. Many thanks to Siobhan Harmer for sharing this fascinating graphic via Lifehack.

How many people in the world speak your native tongue? Share your first language with other readers below.

E-Commerce Translation: The Good, The Bad & The Ugly 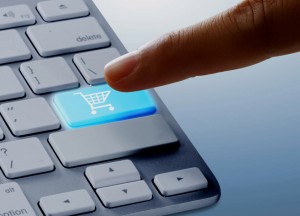 Setting up an international online store and keen to attract as many global customers as possible? It really pays to ensure your translation is word perfect before you welcome international visitors. This handy blog from Practical E-commerce shares some helpful tips, alongside some good and bad examples to help you get it just right. Useful stuff!

How common is your mother tongue according to the world languages infographic? Share your thoughts with other readers below.