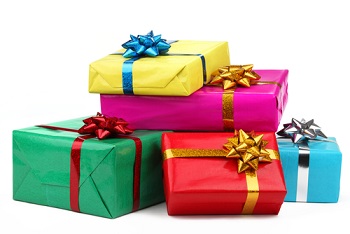 The expert linguists that comprise our ever-expanding global language network hail from all corners of the world. And as its Christmas, we caught up with a few of them to discover how they will be celebrating the festive season in their countries of origin. So sit back, relax, grab a mince pie and a glass of mulled wine and enjoy a selection of Christmas tales and traditions from all around the world!

Christmas in Spain, by Irene Moreno

In Spain there several traditions we observe during the holiday season. Perhaps the most notable and funniest example is celebrating the New Year by eating one grape per second during the last 12 seconds of the year! This is something Spanish people do with their family and friends each year while watching the countdown on television. A well-known clock tower in Spain is always shown counting down to midnight and a TV presenter indicates when we should start eating the grapes! Another Spanish tradition takes place on the morning of 6th January, when the Three Wise Men bring presents to children. Children write letters to the Three Wise Men with their wishes and if they have been good during the past 12 months, they will get what they have asked for. Otherwise, they will receive coal (made of sugar…)

Christmas in France, by Véronique Howard

The main difference between Christmas in France and in England is that most people in France start celebrating on Christmas Eve. In my family, we usually have a little buffet with canapés, smoked salmon etc. and some champagne. We all stay up past midnight and exchange our presents straight away. People with children sometimes wait until the next morning, but we never do! On Christmas Day, we have a lazy breakfast and call family members who aren’t present to wish them a Merry Christmas. Later, we have a proper Christmas lunch. We usually have seafood, oysters, smoked salmon etc. for starters, along with champagne, and then a roast goose or capon with chestnuts (which is quite traditional) and various vegetables (no sprouts!) for the main course. The traditional dessert tends to be a chocolate yule log.

Christmas in Germany, by Susie Lang

At Christmas in Bavaria we give our presents on Christmas Eve around 5pm, when it’s dark, twinkly and mystical outside (even more so when there is snow). The added advantage is that you avoid photos of your family in dressing gowns! If you’re so inclined, you can then go to a midnight Christmas mass to meet friends and neighbours and wish them a Merry Christmas, too. On Christmas Day, the whole family meets up and enjoys a roast goose for Christmas lunch, followed by traditional German Christmas biscuits and gingerbread.

Christmas in Sweden, by Susanne Johansson

In Sweden we celebrate Christmas on Christmas Eve and throughout the afternoon we’ll be awaiting Santa’s arrival around 4pm, bringing presents for the children. When Santa arrives he will be offered a drink of ‘glögg’ (mulled wine) served with raisins, almonds and gingerbread biscuits to nibble on, while the children open their presents in front of the Christmas tree. All of the adults will probably be snacking on homemade Christmas toffee. Christmas dinner in the evening will be very traditional with boiled ham, Swedish meatballs, ‘prinskorv’ (cocktail sausages), ‘Janssons frestelse’ (a gratin with potatoes, onions, filets of Swedish anchovies and cream), red and green cabbage, a variety of pickled herrings, ‘gravad lax’ (dill-cured salmon with a mustard sauce) and many more items. For dessert we will have ‘Ris a la Malta’, a rich rice pudding with whipped cream. Hopefully we will have a white Christmas with lots of snow!

A Polish-British Christmas in the UK, by Comtec Director Isabella Moore

It’s difficult sometimes to combine both Polish and British traditions at Christmas. In Poland, it is also Christmas Eve that is celebrated from about 5pm with twelve non-meat dishes on the table as well as cabbage and meat dumplings and smoked herring. Thank goodness for the large Polish delicatessen shop in Coventry! We exchange a present on Christmas Eve and the rest on Christmas Day. My mother brings from Poland a wafer that has been blessed in church, which we divide up and offer to each member of the family with a blessing. Of course this very private family tradition does not always suit younger members of the family, who are keen to meet up with friends on Christmas Eve!

In Zurich, we have a special advent tradition called ‘Märlitram’ (fairytale tram). This tram was bulid in 1913 and is thus the oldest ‘active’ tram in Zurich. Since 1958 it’s only been used between the 1st and 23rd December. Only children between 4-10 years old are allowed to ride it, while their parents wait outside in the cold. ‘Samichlaus’, the Swiss Santa Claus, drives the tram while two angels look after the children, singing to them and telling them stories. The tram drives around downtown Zurich for approx. 25 minutes and each year 10,000 children take a ride onboard. For parents it’s a bit of an adventure as well,  as they have to buy the tickets (only CHF 8) a week in advance – they are also only sold in one shop and only on one day of the week. So you have to queue up quite early in the morning on that day to make sure you can buy tickets for the week to come!

If you would like language and translation support for your business, get in touch with us today. Call + 44 (0) 1926 335 681, email info@comtectranslations.com, or visit our Translation Services page to find out more about what we do.